The reign of the Mark XIX was shorter than anyone had anticipated primarily because no one had anticipated the psychotronic breakthrough. (Or perhaps it would be more accurate to say that no one had expected the High Command to accept the psychotronic technology as quickly as it did.) The Mark XX Tremendous was the first truly self-directing (and self-aware) Bolo. Defensive capabilities remained unchanged from the Mark XIX, but the internal volume demands of the Mark XX's psychotronics forced the main armament to be downsized, and the Mark XIX's single 60cm Hellbore was replaced by two 30cm weapons, twin-mounted in a single turret. In addition, the Mark XX/M (unofficially referred to as the 'Mosby') was a unique departure. Designed for independent deployment to raid an enemy's logistics and rear areas, the XX/M was essentially a refitted Mark XIV hull. The considerable mass of its first-generation Hellbore, along with its turret, was deleted, which freed up sufficient internal volume (barely) to permit installation of a somewhat less capable version of the Mark XX's psychotronics. Although self-aware, the Mark XXs had relatively simple (and bloodthirsty) personalities, and full self-awareness was specifically limited to battlefield applications. Except in carefully defined combat-related areas, the Mark XX's software suppressed its volition, effectively prohibiting it from taking any action without direct orders from designated human command personnel. Weight and speed data for the Mark XIX apply to the Mark XX. The Mark XX's great opponents were the Yavac heavies of the Deng , but not even the Yavac-A/4 could survive against a Mark XX Bolo without a numerical superiority of at least 3.25-to-1. 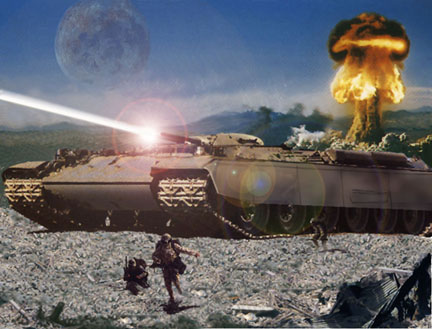